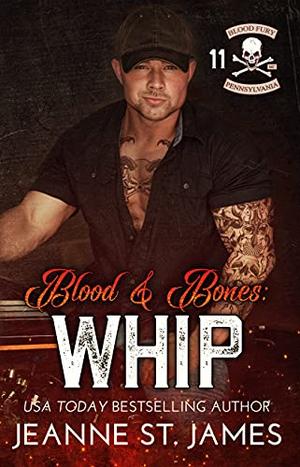 You never know where the road may lead you. Or who you’ll find along the way…

When Whip comes across a disabled motorcycle at the foot of the mountain—the one that’s nothing but bad news—he hopes the stranded rider is nothing more than just that. Someone who needs help.

And not a trap. Or an undercover fed.

When her motorcycle breaks down on a deserted road, Fallon Murphy’s caught off guard by the mechanic with the sexy smirk who comes to her rescue.

After shedding her restrictive corporate chains, she’s now living life on her own terms. She no longer answers to anyone for anything.

Like most bikers, her motto is “live free, ride free.”

But that’s where her and Whip’s similarities end.

The saying is “opposites attract,” but Whip tried that once before. It didn’t work out.

Fallon’s not only far out of his league, they couldn’t be more opposite. Even so, he isn’t easily deterred.

However, to his surprise, Fallon has her own plans and isn’t shy about going after what she wants.

Meanwhile, trouble on that mountain is brewing, and no one is safe.

His MC stands at a crossroads, and it’s time for the Fury to take action once and for all.

Especially from the one who goes by that name.

Note: Blood & Bones: Whip is the eleventh book in the Blood Fury MC series. This older woman/ younger man romance (seven-year difference) has no cheating, no cliffhanger, and has an HEA. It’s highly recommended to read this series in order.
more
Bookmark Rate Book
Amazon Other stores