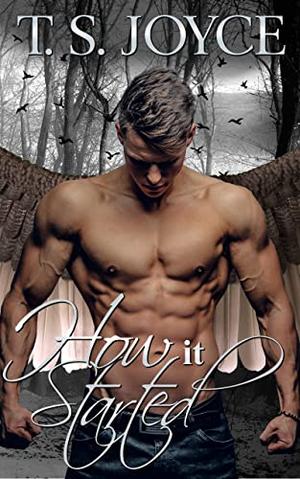 Famous Amos didn’t only earn his nickname from being the only Bald Eagle shifter in existence. He also earned it from a dark past he’s trying to move on from. He’s trying something different by joining a misfit crew of monsters, and pledging his fealty to keeping Nuke, a volatile dragon shifter, from burning the town to ashes. With that, and trying to build a new business from scratch, his plate is full. So when a woman drops a little crow shifter on his doorstep, he doesn’t know who to turn to. He’s just finding a steady place with his Crew, and now is tasked with finding a home for the boy. Desperate for help outside of the trailer park he lives in, he turns to a woman he met by chance, and a new and unexpected adventure begins. He needs her for one thing—helping him find a suitable home for the little crow, but she’s smart, and beautiful, and funny in surprising ways, and she is asking questions that make him reconsider every decision he’s ever made. For the life of him, he can’t decide whether that is good or bad for him, and his entire Crew.

Leanna Mitchell has gone and saved herself. Two years ago, she turned her life around completely and is now enjoying the fruits of her labor. The one thing that’s missing? Someone to share it with, so the small town she lives in will stop meddling in her business. Amos Henry has her attention from the first second she lays eyes on him, but he is a secret-keeper, and growing close to him feels dangerous. He’s a man with a dozen strange quirks she can’t figure out, and when he brings her a little boy, the child seems to have the same red flags. Leanna is getting wrapped up in a world she had no idea existed, and falling hard for a man who isn’t allowed to be with her, and now the trick is to escape before she’s in too deep. She’s going to learn the hard way, Amos and his friends aren’t the only monsters in this town.

Similar books to 'How It Started'

Buy 'How It Started' from the following stores: