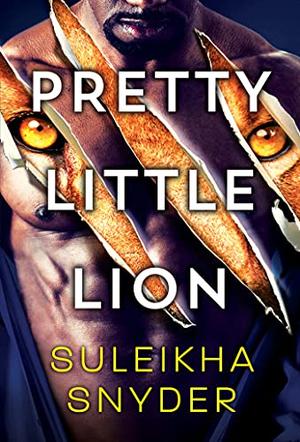 Never fall for your mark. It's rule no. 1 of undercover work...and the rule Third Shift co-founder Elijah Richter breaks the moment he sees Meghna Saxena-Saunders across the room at an arms dealer's VIP party.

Lion shifter and Third Shift operative Elijah Richter has an easy but vital mission: seduce arms dealer Emeric Aston's gorgeous girlfriend, use her as an entry point to the organization, and find out what the global terrorist is planning.

Unfortunately, he doesn't know that Meghna Saxena-Saunders is no ordinary celebrity influencer. She's trained as an assassin and spy, and she has her own reasons for cozying up to Aston. She immediately clocks the mysterious stranger watching her at a VIP party and the two fall into their lusty bed of lies. When their morning-after is interrupted by one of Aston's goons, both of their missions are thrown into jeopardy. Now Meghna must team with Third Shift to cover her tracks and discover the truth before it's too late.
more
Amazon Other stores
Bookmark Rate Book

All books by Suleikha Snyder  ❯