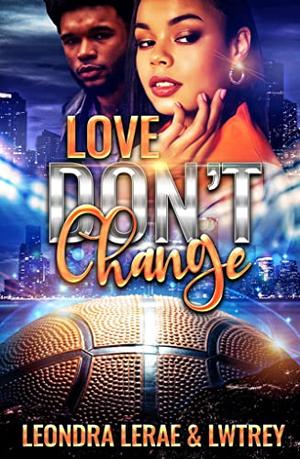 Ginelle Costa lived a normal teenage life. If she wasn’t in school, you could catch her hanging or playing basketball with her best friend Lyrique and/ or her boyfriend Justice. Unexpectedly, Ginelle’s world was flipped upside down when her parents told her they were moving 1,200 miles away, forced her to cut ties with her life back home, and gave no explanation. Ginelle struggled with the change, and over the years, although she wanted nothing more than to reconnect with her friends, the more the time passed, the less likely she felt she would ever reconnect with her past life.

Justice Clarke had two goals in life; make Ginelle his wife, and get drafted into the league. When Ginelle broke the news of her family leaving, Justice tried everything in his power to keep in touch, but over time, it all faded. Justice makes his league dreams come true, and in his heart, holds onto the chance of making Ginelle his wife again one day. One message on Instagram, reconnects him with Ginelle, but nothing is the same.

Reconnecting had been a long time goal of theirs, but when it happens, one of them begins to question if they would even be able to make it work. They are now on two different paths in life, and so many years have passed, it’s unknown if they are even meant to be. Follow along on Ginelle and Justice’s journey to see if the two are better or apart, or if it can be proven that true Love Don’t Change.