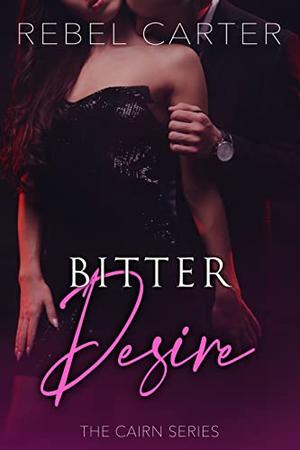 Life in New York City is nothing but a series of ups and downs. A roller coaster ride that will take you higher than you’ve ever been, before dropping you so low you feel sick. I was on a high. I had everything I’d ever wanted. A job I was good at, an apartment that was starting to feel like home, and friends? I had friends. Good ones.

But most importantly—I had him.

Lawson Sokolov, billionaire business mogul, a man people respected and feared in the city. Magazine covers featured his face, his name was as good as any black card, but to me? To me, he was simply my Dom.

There was someone bothering my girl. Shitty texts and phone calls that had her looking over her shoulder. She was scared.

That shit was not okay. Especially not when she was with me.

I was her man but, more importantly, I was her Dom. She trusted me to keep her safe, happy, and cared for, which was exactly what I intended to do. Even if I didn’t get to keep my girl. One thing I knew…this wasn’t a happily ever after. Not yet. It couldn’t be for a woman like Honey. And I was going to fix it, even if I had to become the man I had once been to do so.

Lawson and Honey must face the pasts they’ve worked to escape and confront their darkest desires and deepest fears. And what of Zeus? More myth than man, and the master of the Cairn, he holds the key to unlocking Lawson and Honey's future, but will the price be too high? Can they find their own twisted happily ever after, or will their descent into the depths of the Cairn prove too much?

The 'The Cairn' series