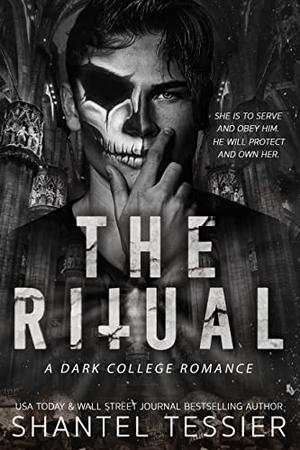 Barrington University is home of the Lords, a secret society that requires their blood in payment. They are above all—the most powerful men in the world. They devote their lives to violence in exchange for power. And during their senior year, they are offered a chosen one.

People think growing up with money is freeing, but I promise you, it’s not. My entire life has been planned out for me. I never got the chance to do what I wanted until Ryat Alexander Archer came along and gave me an option for a better life. He offered me what no one else ever had—freedom.

I chose to be his. He made me believe that anyway, but it was just another lie. A way that the Lords manipulate you into doing what they want.

After being sucked into the dark, twisted world of the Lords, I embraced my new role and allowed Ryat to parade me around like the trophy I was to him. But like all things, what started out as a game soon became a fight for survival. And the only way out was death.

Things to know about The Ritual
It is MF
TW (Please see the author's note on the inside)
J/P OTT Hero
This is a 149K word dark romance and may contain triggers for some due to sexual situations, language, and violence.
more
Bookmark Rate Book
Amazon Other stores

Similar books to 'The Ritual'

Buy 'The Ritual' from the following stores: