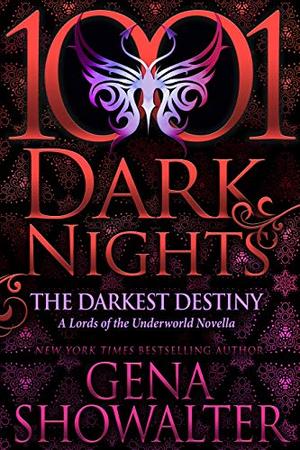 The Darkest Destiny (Lords of the Underworld #15.5)

Forsaken. Deathless. A monster in every way. Mostly, Brochan is determined. He craves what fate promised him—the woman who will help him conquer a heavenly kingdom. He will stop at nothing to win her.

Viola, Keeper of the demon of Narcissism, lives for a single purpose—treating herself and her pet to the best life possible. But a crazed warrior is now appearing everywhere she ventures, ruining her fun…. tempting her beyond reason and keeping her at a razor-edge of desire.

Though legions of males have attempted to win her, all have failed. Somehow, this rampaging beast is tearing down her walls, one by one, claiming he owns her heart and her very destiny. To be with him, however, she must defeat the only force strong enough to destroy her—love.
more
Bookmark Rate Book
Amazon Other stores

Similar books to 'The Darkest Destiny'

Buy 'The Darkest Destiny' from the following stores: