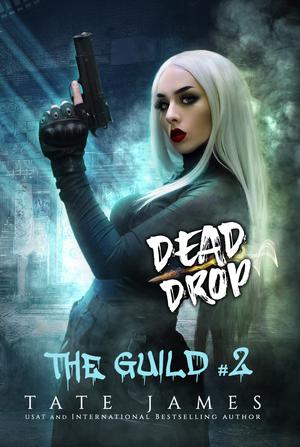 a method of espionage tradecraft used to pass items or information between two individuals using a secret location.

All I’ve ever known is the Guild. They clothed me, fed me, raised me. They trained me. And in return I became their perfect weapon, their loyal soldier, their deadly asset. For as long as I can remember, the Guild has been my life. But now, it’s about to become my death.

Not everyone is cut out to be a mercenary. I’ve watched countless colleagues fail in their missions and pay the ultimate price. I’ve watched peers lose their minds with the weight of the work we do, and pay with their lives to keep our secrets.

I never thought I would become one of them.

No one quits the Guild. But I sure as hell won’t stick around to be killed by some coward in the shadows, pulling strings to see me fail.

How do I run from the deadliest of hunters?

How will I hide, when they have eyes everywhere?

By making the enemy of my enemy, my friend.

The Guild was my whole life. My purpose. My mentor.

Now I’ll do anything to escape them. To escape him.

Even if it hurts.

Especially if it hurts.

The Guild series is a dark romance and contains scenes that may be uncomfortable or disturbing to some readers. Please use your own discretion as to whether this is the right series for you. None of the main characters are the "good guys" and their moral code does differ greatly from your usual romance heroes. Please don't attempt to hold them to heroic standards, as they will fall short.

DEAD DROP is book TWO of THREE in The Guild trilogy.

This is the chronological order of linked series, but it's not necessary to read prior series before THE GUILD.

The 'The Guild' series

All books by Tate James  ❯