When You Least Expect It (Hope Valley #11) 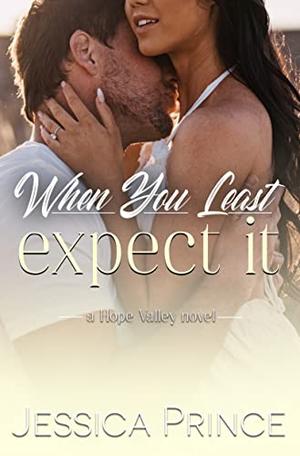 The last thing Stella Ryan had time for was a man. With her family in trouble and looking to her to fix everything, romance and commitment were the furthest things from her mind. Until she ran into a man with a jawline that could cut granite and arms she wanted to lick like an ice cream cone. A man who made her forget the things that really mattered.

West Scott was one of the last bachelors standing. With all his Alpha Omega brothers settling down and popping out a bunch of kids, he had become the target for meddling women looking to fix him up. But there was one woman, in particular, he couldn’t get out of his head. The one in the killer dress with a gift for picking pockets.

When fate puts Stella in his path again, he’s determined to get to the cause of her desperation and help solve all her problems. If only the headstrong, stubborn woman would let him in. She’s trying her hardest to keep her walls up, but he’s dead set on showing her that the best things happen when you least expect it.
more
Amazon Other stores
Bookmark Rate Book

Similar books to 'When You Least Expect It'

More books like 'When You Least Expect It'   ❯

Buy 'When You Least Expect It' from the following stores: