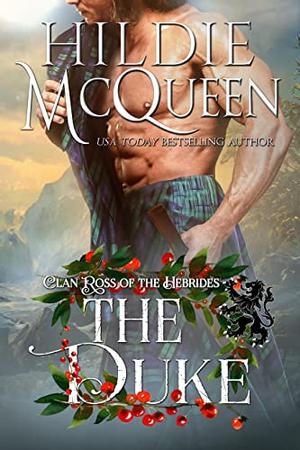 When it comes to his clan, he will sacrifice everything.

Young laird Maddox Ross and newly titled Duke of Tarbert, has the burden of his entire clan on his shoulders. As the Hogmanay holiday approaches, uninvited visitors arrive. Not only does the despised Laird Lamont bring with him the possibility of war to Maddox’s doorstep, but also a proposition that is hard to turn down. In the end will he allow an entire family to ride away to certain death in order to keep his people safe?

Her father is desperate to find allies and is using Ealasaid Lamont, his own daughter as a pawn. The question is, will there be a laird that is willing to take her, knowing her dowry includes enemies and the possibility of war? In a last-ditch attempt to save herself from a life of misery and continued humiliation, she appeals to Laird Ross in hopes he will offer to marry her. Upon the ultimate shame of his refusal, Ealasaid realizes all is lost.

Buy 'The Duke: Clan Ross Holiday Novella (Clan Ross of the Hebrides)' from the following stores: