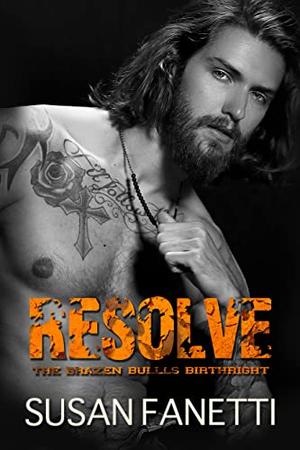 Zach Jessup was born into the Brazen Bulls MC. His father wore the Sergeant at Arms flash for decades, until an overtaxed heart forced him to hang up his kutte. Now Zach wears a kutte himself; he’s the Bulls’ first legacy patch. He loves his family, loves his club, but it’s not easy to thrive in the shadow of a legend like Radical Jessup.

When the club voted to establish a second charter in Nevada, Zach volunteered to be on the set-up crew. He wants some distance, a chance to step out on his own and make his mark. He’s not planning to stay in Laughlin permanently; he would never want to cause his parents that kind of pain. For now, he’s just looking for some room to breathe.

Then he meets the perfect woman, and he no longer knows what his future holds.

Lyra Haddon has lived in Laughlin her whole life and can’t imagine a future that’s not exactly like her present: working in the family business, running the family household, taking care of her father and brother, exactly as she’s done since her parents divorced. She’s happy as she is, without big ambitions for her life.

When her father and brother decide to join the new MC in town, Lyra meets a handsome young biker named Zach. Her life takes a sharp turn toward a possible future she’d never seen coming. In her eyes, Zach is just about perfect—except for one thing.

Will he stay?
more
Bookmark Rate Book
Amazon Other stores

Buy 'Resolve' from the following stores: