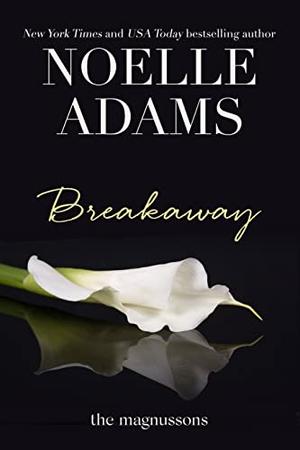 I've spent most of my life in love with Elias Magnusson, powerful heir to a fortune who has always hidden his kind heart beneath an icy cool front. He's never seen me as anything but a quiet family friend, but he falls passionately in love with me over and over again in my daydreams. I'm convinced if he ever took the time to get to know me, he might finally fall for me in real life, but it hasn't happened yet.

No one knows about my feelings except his twin brother, Leo, who might look exactly like Elias but isn't the same in any other way. Leo has always annoyed and pestered me with his sharp tongue and smug smirk, but he somehow uncovered my secret when no one else ever has. When he comes to me with a proposition, I only accept it because I'm desperate. Leo recently broke up with his girlfriend and doesn't want to go on a family vacation alone. So I can join the trip and pretend to be his girlfriend so that Elias can get to know me and finally see me for real. It's a preposterous plan, and no one but Leo would ever come up with it. But it feels like Elias is about to slip through my fingers before I've ever even had a chance with him.

I can't let that happen, so I'll act like Leo's girlfriend for a few weeks. I might even fall into bed with him, as long as it's strictly no-strings. But Elias is the one I've always wanted. Not Leo. Never Leo.

Leo has never taken anything seriously in his life. He might act for a while like he wants me, but it's never going to be real.
more
Bookmark Rate Book
Amazon Other stores

All books by Noelle Adams  ❯

Buy 'Breakaway' from the following stores: