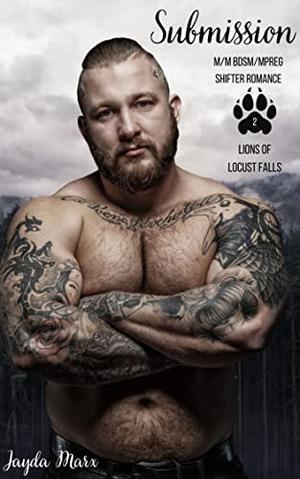 Cedric was thrown away by his family on his 18th birthday because of his omega status. He isn't as strong or quick as other lion shifters, and was therefore seen as useless by his old pride. He may also bear children, which his family saw as a crime against nature. When he was cast out, he found a new family made up of a rag-tag group of men who were all shunned by their old prides, but who loved each other fiercely.
Cedric is a sweet soul who loves to take care of the people he's close to. He's a bit of a 'mother hen', fussing over his friends and making sure everyone is fed and happy. He's as bright and bubbly as his pink hair, though a sassy streak runs deep within him.
When Fate puts him in the path of his mate, Cedric is quick to meet his needs, from keeping his man fed to boosting his confidence. But sweet Cedric has a need as well - he loves to spoil his mate, but he craves for a man to take control of his body and make him feel cherished in a very special way. His mate Asher is just the man for the job.

Asher, once a Dom-extraordinaire, is battling a bout of bad luck. He was laid off from his job and is having trouble finding employment. He's being hard on his physical appearance, doubting his abilities, and his flirt game is all but non-existent. He hasn't had the confidence to even approach a boy for some time.
But lucky for him, a sassy, beautiful boy approaches Asher one day, looking like an animal. Asher needs to dig deep, remember who he is, and trust his bubble-gum-pink-haired beauty to finally claim his forever happiness.

The 'Lions of Locust Falls' series

Buy 'Submission' from the following stores: