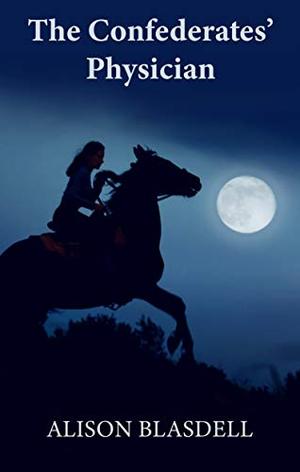 The year is 1863, and the United States is entering the third year of the Civil War. Young Samantha Carter, recently educated as a physician in Paris, defies her father, disguises herself as a boy, and runs away to enlist in the Union Medical Corps. On her way there, she is captured by a Confederate patrol. When the commanding officer, Major Ethan Winters-Hunt, discovers that the Yankee “boy” is a capable surgeon, he forces her to serve as a surgeon for the Confederate Army.

Samantha is unprepared for the horrors of battle and finds she must draw upon the strength and native mysticism imbued in her as a child, running wild on the Western Frontier with the Lakota Indians. She must maintain her disguise under rigorous conditions. She is loyal to the Union, and yet she must save the lives of enemy soldiers.

As Ethan takes “Sam” from her first battlefield experience in Virginia to the defense of Atlanta, a tenuous friendship develops between them. Eventually, Samantha’s identity as a young woman is discovered, and the friendship that Ethan and Samantha shared turns into a passionate love that is severely tested by deceit and betrayal as the nation rages in war.

The Confederates’ Physician is an epic love story that takes the reader back to the bloodiest time in American History—when families were torn apart, loyalties were tested, and innocence was lost.

Romance Plus . . .
History, Adventure, Suspense, Fantasy!
That's what author Alison Blasdell writes! Not just romance, but romance richly placed in historic settings, spiced with adventure, can't-put-down suspense, and a bit of fantasy to make you consider all the possibilities. And always at the center of it all: a woman of strength and compassion.

Similar books to 'The Confederates' Physician'

Buy 'The Confederates' Physician' from the following stores: