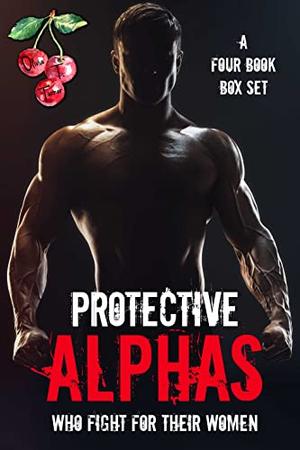 Four steamy novellas featuring over-the-top alphas who fight for their women!
These protective alphas won't stop at anything to keep their women safe and satisfied.
All SAFE with a HEA guaranteed!


I was fighting for a lot.

But it was only when I met Hope did I truly have something to fight for.

She was a ray of light into my dark world.

I’ve faced dozens of opponents in the cage but she was the first person to knock me off my feet.

She needs me to fight for her.

I’ll give everything for Hope.

And with her by my side, I’ll be unstoppable.


2. Given To The Gladiator

I’ve been taken from my village, bound as a slave, and now I’m being thrown at the feet of the most deadly Gladiator in Roman history.

I belong to Kaeso Vinicius now.

He gets to do whatever he wants to me and there’s nobody around to stop him.

I tremble as I look up at the largest man I’ve ever seen.

He’s so unlike the pretty-faced boys who chased me around the village.

He’s rough-looking with scars all over and a hungry gleam in his dark possessive eyes, like he’s about to devour me whole.

I did not picture my first time like this…

So, why is my body urging me to go to him?

Why am I not afraid, but excited?

Why is this brutish monster of a man saying he finally has something to fight for?

And why am I hoping it’s me?

This over-the-top Roman Gladiator will have you screaming for mercy and then begging for more. Who can resist an obsessed alpha in a loincloth?


Everything changed when I pulled her over.

I was no longer just a cop.

After seeing the innocence shining from her bright blue eyes I became more.

I became her protector, her guardian, her defender, her everything.

But this gorgeous young girl who gets my heart pumping is anything but innocent.

She has fifty kilos of cocaine in her trunk.

She has to be punished.

But there’s no way I’m sending this angel to prison.

I’ll deal with her punishment. My way.


Officer Hardin is one possessive Over-The-Top alpha cop. He’ll have you thrilled to be put in handcuffs and have you begging for a strip search!


4. It's The Freaking Apocalypse And This Is My New Boyfriend

Some helpful rules to stay alive during an apocalypse:

My last date had no teeth.

He took me to the Great Tire Fire and roasted a rat on a stick.

I was convinced I was going to die alone at the tender old age of twenty-two until I saw Max.

He was wearing a freaking skull on his head.

It was terror at first sight.

But like bacteria on wet socks, Max will grow on you.

And this obsessive alpha might just give me the best happy ending you can get in this nightmarish hellscape.

The Ravagers were formed to kill all the zombies. Now that the zombies are long gone, who’s left to take out the Ravagers? They’re cruel, barbaric men who raid and steal from the ordinary people trying to make a life after the carnage. When Marley gets stolen on a raid, she’s expecting the worst, but she gets the best—she gets Max.