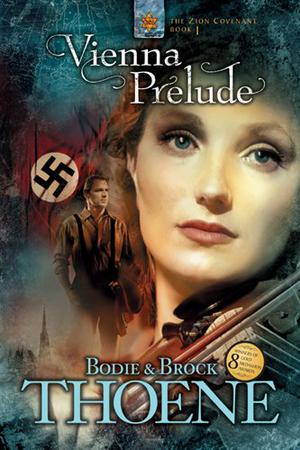 Predating the events of The Zion Chronicles Series, Vienna Prelude opens in pre-World War II Austria. Elisa Lindheim, a violinist with the Vienna Symphony Orchestra, is of Jewish heritage but has adopted an Aryan stage name. Thus she is able to travel and play in Germany even though a 1935 law forbade Jewish musicians to do so. Her dear friend Leah, a cellist already introduced to Thoene readers in A Daughter of Zion, and her husband Shimon must escape Austria or perish in the coming Holocaust.

John Murphy, a reporter for the New York Times in Berlin and Austria, becomes linked with English politicians in a plan to overthrow Hitler. Elisa and John's mutual connections with the Jewish Underground entangle them in a web of intrigue, danger, and conspiracy that neither could have known.
more
Bookmark Rate Book
Amazon Other stores

All books by Bodie Thoene  ❯