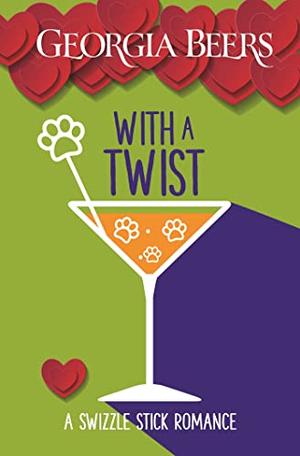 With a Twist (Swizzle Stick Romance #3)

Amelia Martini’s favorite things are traveling, animals, and peanut butter. When she left her job to explore the world with her wife, she didn’t expect Tammy’s plans to include leaving her. Now, Amelia is starting over again and facing middle age alone. It’s a struggle, but she doesn’t want to be bitter forever.

Thirty-something Kirby Dupree loves life. Not always easy when you’ve lost as much as she has and carry as much sadness as she does. But she made a promise to always look for beauty, so she does her best…even when she has to squint to see it.

When Kirby’s job as an interior painter brings her into Amelia’s life, they don’t exactly hit it off. Amelia finds Kirby irritatingly cheerful, and Kirby thinks Amelia’s far too serious. Forced to work together, they start to see beyond their first impressions and prove opposites really do attract. But are they brave enough to go after the love they really want?
more
Bookmark Rate Book
Amazon Other stores

Similar books to 'With a Twist'

Buy 'With a Twist' from the following stores: