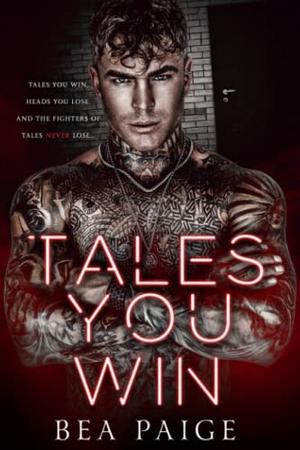 An Academy of Stardom spin off

Grim
A nickname given to me by my father, the Ruler of Tales, an East End underground fight club.
Tales you win. Heads you lose.
And the fighters of Tales never lose.
As a kid I’d believed my father was a real king, like the ones found in myths and fairytales I once loved to read. The men he ruled were his faithful soldiers sworn to protect the club, him, me. Until one day, his most loyal soldier, Beast, made me an orphan and the newly crowned Queen of Tales.
But this is no fairy tale and I don’t own a crown.
This is real life. Bloody, violent, and filled with alpha men who use their fists to settle every dispute.
Now the Beast is back and he’s ready to finish what he started…
Strip me bare, take my heart and devour my soul.
Except I’m no longer my daddy’s little princess.
I was named Grim for a reason, and I’m ready to fight.

Beast
Beast in name. Beast in nature.
Once upon a time Tales was my home. I was the second in command and the best goddamn fighter the club had ever seen.
I fought. I won.
Every. Damn. Time.
Until one day I lost trying to protect the princess from the true monster of this fucked up fairytale.
She shunned me, sent me away.
Now I’m back to tell her the truth, not some fucked up tale full of half-truths and lies.
I’ll do whatever it takes to win her over, because if there’s one thing I know for sure; this Beast’s heart only beats for one woman.
The Queen of Tales.

This is Grim and Beast's love story. You may recognise them from Academy of Stardom series.
more
Bookmark Rate Book
Amazon Other stores

Similar books to 'Tales You Win'

All books by Bea Paige  ❯

Buy 'Tales You Win' from the following stores: