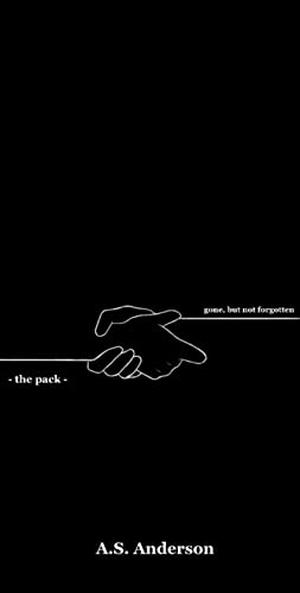 Gone, But Not Forgotten: The Pack

They say someone never truly dies as long as they live in your memories.

Our demons come in many shapes and forms. You never know when or where they will present themselves or if they’ll just loom over you. We refuse to let those demons win. We fantasize about how gratifying it would feel to conquer them. Eventually, those fantasies become too enticing, so we conquer them. We may have slayed our demons, but that doesn’t mean they don’t still haunt us.
We move as a pack. When there’s a problem for one, there’s a problem for all. We’re loyal to a fault. We would do anything for one another and we have. We’ve been by each other’s side through lifetimes of pain and anguish.

But there’s always been something- someone- missing. We never talk about her, not after her untimely death. We promised nearly a decade ago that we wouldn’t. But that doesn’t stop us from carrying the burden of her death around every day. We tore apart the world and rebuilt it with memories of her.

Well... we thought she was gone. Part of her still is. When we find her, it's under different circumstances. She isn't exactly our Luna. We learn that she was ripped away from us eight years ago and forced into the life of an assassin. She doesn’t remember us. It's okay if she can't remember because we will never forget who she is and what she means to us. We'll remind her.
more
Bookmark Rate Book
Amazon Other stores

Similar books to 'Gone, But Not Forgotten: The Pack'

More books like 'Gone, But Not Forgotten: The Pack'   ❯

Buy 'Gone, But Not Forgotten: The Pack' from the following stores: