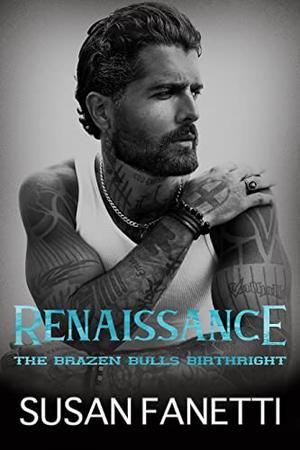 When Cooper Calderon threw his name on the table to be president of the new Nevada charter of the Brazen Bulls MC, he didn’t think anyone would take him seriously. He’s not exactly known for being serious. But here he is, in a strange town, leading a charter of men he barely knows.

He’s starting to crack under the pressure. To top it off, his new neighbor already hates him, and he doesn’t like her much better.

Siena Morgan is at the end of her rope. She’s trying to cobble together a life for herself and her younger sister, but the universe keeps dealing them losing hands. The latest set of cards includes a party-boy jerk with an outrageously loud Harley and the world’s smuggest smirk as her new neighbor.

She knows he’s trouble the second she lays eyes on him. Yet another thing she needs to worry about.

It’s not good for the president of an outlaw MC to be in open war with his next-door neighbor. So Cooper tries to build a bridge. But it’s not easy; Siena seems determined to see the bad in him.

Eventually, he understands what she’s protecting with her armor and barbs.

When Siena needs help, Cooper always seems to be there. Eventually, she understands that he’s not the jerk she took him for. In fact, he might actually be a friend.

Buy 'Renaissance' from the following stores: