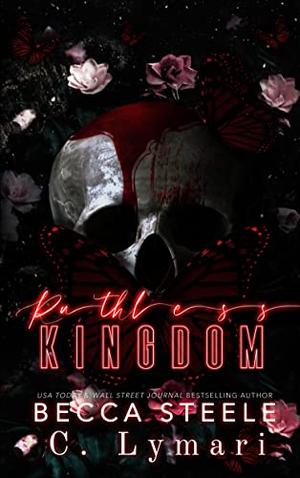 The conclusion to the Boneyard Kings trilogy...

Bad things happened in threes, but they turned out to be a blessing in disguise. There was no escape from the Boneyard Kings, but now we’re on the same side.

Our enemies came, but we didn’t let them break us.
They thought they could take us down, but they underestimated our strength.

Now, three rivals stand against three kings and their queen, and they’re about to see just how ruthless our kingdom can be.
The game of chess is in play, and only one side can claim victory.
Who will be the one to call checkmate?


Ruthless Kingdom is a reverse harem romance with mature themes. This is book three in the Boneyard Kings series, and cannot be read as a standalone.
more
Bookmark Rate Book
Amazon Other stores

All books by Becca Steele  ❯