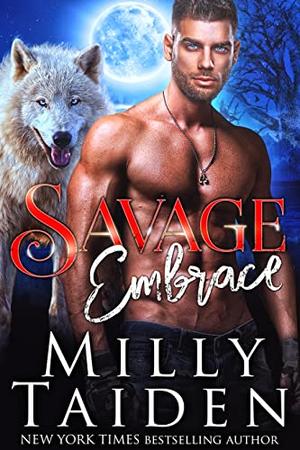 Ariana went home to visit her cousins and meet her goddaughter for the first time. She didn’t expect to find out her childhood friend was marrying the town’s mean girl. On her way to show him proof that his fiancée isn’t who he thinks, she is stopped by the sexiest and most stubborn man on the planet. The groom’s best man. If only she could focus on her mission instead of how handsome and strong the guy is.

Fierce, wolf shifter entrepreneur, takes his friendships seriously. So when his college buddy asks him to be the best man at his wedding, Fierce refuses to let anyone mess up the big day. Especially not a beautiful woman intent on stopping the wedding. She’s in for a surprise. Fierce isn’t one to back off. Keeping the beautiful Ari from ruining the nuptials isn’t as hard as keeping his hands off her. After all, it’s nearly impossible when she’s his mate.

It appears that someone else in the town wants the wedding to go on after a failed attempt on Ari’s life. The culprit seems obvious. But assumptions, they will find out, can get you hurt. If Fierce doesn’t wise up quickly, not even his wolf will be able to save their mate from the force plotting to kill her.