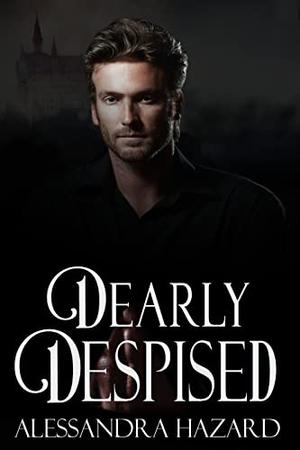 He wasn't supposed to want the enemy…

His family brutally murdered and his throne stolen, Prince Warrehn has planned his revenge for twenty years.

When he returns to reclaim his throne, all he wants is to punish the usurpers: the woman who killed his family, and her son, Samir, who has grown up to be as beautiful and as poisonous as his mother. He knows Samir can’t be trusted, but Warrehn can’t seem to stay away from him. It’s a goddamn disaster.

Samir never thought he’d have to play the part of the villain. Unfortunately, protecting his mother means being part of her plans to keep Warrehn from the throne, which only makes Warrehn despise him more.

But when he and Warrehn are thrown together in circumstances beyond their control, they have to learn to put up with each other. Samir has never been the object of such intense hatred—and such intense passion. Warrehn unsettles him and makes him behave like another person entirely, someone Samir barely recognizes: someone desperate and shameless.

He knows this thing between them is hopeless. They have no future together when Warrehn and his mother are determined to crush each other. He loves his mother, but his attraction to Warrehn is like a powerful drug, consuming him and changing him in ways he hasn’t expected. What will Samir do when he has to choose? Can love win over hatred and their parents’ messy, toxic past?