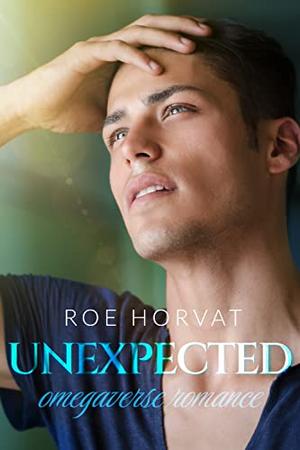 Richard has everything he ever wanted—immense wealth, sky-high status, beautiful men… But only the dog he did not want brings him some semblance of happiness. After a messy breakup, he moves to a tiny coastal town, intent on rebuilding his life and reinventing himself. He shouldn’t even be noticing cute omegas half his age. Except then he finds his shy little dog walker crying on his living room floor, and protecting Carter becomes his utmost priority.
Carter has always had a thing for older men, but they never seem to have a thing for him. His crush on the smoldering Richard Porter is inappropriate and downright silly, and every meeting with the alpha leaves him a blushing mess. Hopefully, he can spend quality time with Mr. Porter’s lovable golden retriever and avoid the man himself.
When Carter’s friend bails on him before his second heat, Carter faces an impossible decision—to pay a heat professional he can’t afford, find a random stranger on a dating app, or risk his heart in the arms of the unattainable Mr. Porter.
—
Unexpected is an omegaverse romance with age gap, hurt/comfort, and slow simmering heat that suddenly explodes. HEA, standalone. Non-shifter, mpreg.
more
Bookmark Rate Book
Amazon Other stores

Buy 'Unexpected' from the following stores: