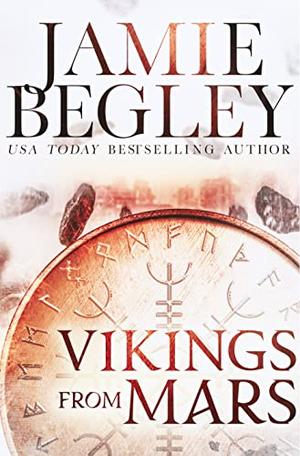 Earth was never going back to normal. All that was left in the post-apocalyptic destruction were humans trying to find enough food to survive … and running from the aliens who had come to scavenge what was left.

Raine had never been a particularly brave woman. She preferred staying at home, sipping on a latte while reading a good romance book, rather than making an effort to become hurt by a real relationship.

She only managed to survive the nuclear war by being at the right place at the right time. Now, as if having to contend with lack of food and dodging different species of aliens wanting to make her their next meals wasn’t bad enough, the other survivors in her group blame her for being a jinx for every catastrophe that has happened to them.

How was she supposed to know the feral man who she had saved was an alien Viking from Mars? How could it be her fault that, when she snuck out to check on him, two other women from her group followed and got themselves kidnapped? And, how could she be blamed for finding herself married to an alien by the simple act of saving his life?

Still, it hurt that her new husband was beginning to think the same way as the group of survivors and wanted to give her back to the humans.

While she wasn’t crazy about the Martian side of Skars, the Viking part of her husband was hot and, like any heroine from the stories she had read, she was determined to prove her worth to him. Well, if she wasn’t barbecued first.
more
Bookmark Rate Book
Amazon Other stores

Similar books to 'Vikings from Mars'

Buy 'Vikings from Mars' from the following stores: