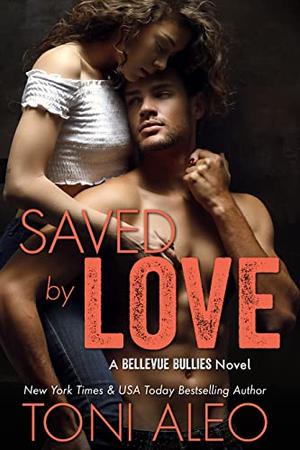 Evan Adler can’t get out of his own head.

Those are just a few of the words he uses to describe himself now. Medically retired from the NHL before he even had a chance to live up to the Adler legacy, Evan has returned to his hometown of Nashville, Tennessee, to focus on his mental health. But he never expects his journey of healing to lead him to the University of Bellevue and a position as the athletic trainer for the women’s gymnastics team.

Bellevue’s star gymnast Callie Pearce is the ultimate teammate. She is driven, resilient, and when it comes to the people she loves, she loves harder than she hits the vault table. She grew up with only her older sister in her corner, but it’s easy for her to be caring to anyone she meets. She wants to give everyone the kind of love she has, and she makes sure they know their worth. When Callie finds out Evan Adler is suffering, and at Bellevue, she will stop at nothing to get to know him.

That first time Evan tapes Callie’s ankle, she realizes nothing is going to keep her from taking her shot with him. And together, they’ll use the love they’ve been so richly blessed with in their pasts to save each other’s future.
more
Bookmark Rate Book
Amazon Other stores

Similar books to 'Saved by Love'

Buy 'Saved by Love' from the following stores: