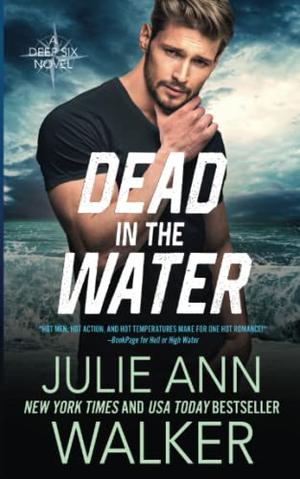 New York Times and USA Today bestselling author Julie Ann Walker delivers perfect pulse-pounding romantic suspense! The former Navy SEALs of Deep Six Salvage thought they could retire to the sea and hunt for treasures of the deep, but when trouble comes to visit, there'll be hell to pay.

Dalton “Doc” Simmons is having one helluva week. First, archaic laws have kept he and his partners at Deep Six Salvage from recovering the sunken treasure they’ve been after since bugging out of the Navy. Second, an approaching hurricane threatens to scatter the legendary riches across the bottom of the ocean. And third, Deep Six’s feisty, flirty attorney, Camilla D’ Angelo, has just landed on Wayfarer Island, and she represents everything he can’t stand...and everything he can’t help but want.

One look at Doc and Cami knew she’d met the man of her dreams. The medical doctor-turned Navy SEAL-turned treasure hunter has it all—brawn and brains. The problem? He doesn’t like her. In fact, no man has ever given her so much crap. But something tells Cami there’s more to his bad-tempered brooding than meets the eye.

As the storm closes in, so does a boat full of dangerous men bent on claiming the centuries-old treasure for themselves...and killing everyone on Wayfarer Island. Doc must keep Cami close if he wants to keep her alive. But all that proximity turns up the heat on the chemistry bubbling between them. For Cami, it’s more than a fight for her life, it’s a fight for Doc’s heart. If they survive, can she convince him to let go of his past for a chance at a future with her?
more
Bookmark Rate Book
Amazon Other stores

Similar books to 'Dead in the Water'

Buy 'Dead in the Water' from the following stores: