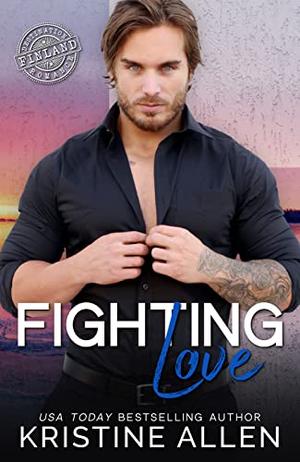 Fighting: Engaging in a physical altercation with an opposing player, usually involving the throwing of punches with gloves removed or worse.

I’m Mikko Heikkinen, winger for the Austin Amurs. Fighting is my penalty. I’m not a violent guy, but I won’t let someone push me around.

Hockey is not only my job, it’s my first love. Nothing will come between us.

From two different worlds, we met on a plane. I was going home to Finland in the off season, she was on her honeymoon. Alone.

I didn’t expect to see her again. Yet fate had other plans for us. Unable to deny the chemistry between us, we decided on one rule—don’t get attached. Unfortunately, I’m known for breaking the rules.

I’m going to make her mine and I plan to pull out all the stops. I’ve never backed down from a fight and I sure as h*ll don’t plan to now.

Join ten of your favorite authors this Summer, as their character’s travel the world and find love, intrigue, and a happily-ever-after they aren’t expecting. This book is the Finnish Left Wing/Forward Mikko Heikkinen's story.

The 'The Iced' series