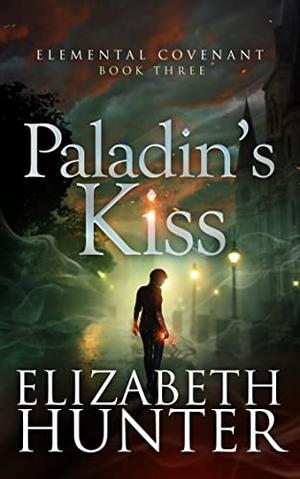 It’s the vampire wedding of the century… and maybe the end of an empire.

The upper echelons of immortal society have gathered in New Orleans, all of them curious to witness the joining of Gavin Wallace, the immortal business mogul, to the human woman who captured his heart. But behind the facade of immortal revelry, New Orleans is a city teeming with old rivalries, political maneuvering, and twisted secrets.

Invited to the marriage ceremony of their two old friends, Carwyn ap Bryn and Brigid Connor venture south, ready to relax in the company of Marie-Hélène Charmont, the vampire queen of the Delta, and four hundred of her esteemed immortal guests.

But when Gavin asks Brigid and Carwyn to look into a mysterious man stalking his human employees, they’re unprepared for the tangled web of deception they uncover. Tug on the wrong string and centuries-old alliances might fall apart.

In a tenuously balanced society full of apex predators, even one slip can prove disastrous.

Paladin’s Kiss is a paranormal mystery in the Elemental Covenant series by Elizabeth Hunter, nine-time USA Today bestselling author of A Hidden Fire, the Irin Chronicles, and over forty other works of fantasy fiction.
more
Bookmark Rate Book
Amazon Other stores