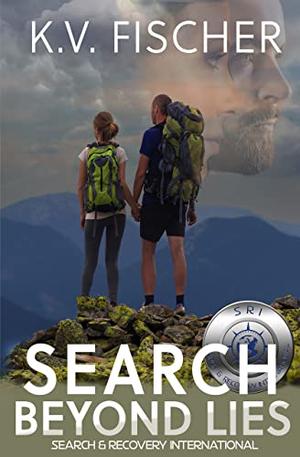 A missing scientist, a top-secret project, a ticking clock and no clues. Or are there?
When grad student James Frankel’s best friend and mentor goes missing, James wonders if his disappearance is related to his friend’s top-secret project. A selfie summiting a Colorado mountain makes everyone believe he’s lost there. But is he?

As a former Army Ranger, Charlie Sommers garnered the reputation of having the highest search and rescue success rate, but she’s plagued by the one she left behind. Now she’s on the verge of an exciting new beginning as a part of Search & Recovery International where her secrets are safe. There’s only one problem: the new assignment will take her back to Colorado and the loss that still haunts her. Can she open herself to the possibility of another failure?

Desperate to find his friend, James knows only Charlie can help him. But how can he trust a woman who’s keeping secrets?

The clock is ticking down. With their lives--and their hearts--at risk, Charlie and James join forces in an attempt to save the scientist and the world from catastrophe while finding the truth beyond lies in this action-packed thriller.

If you like high stakes, heart pounding action with a spark of romance, you won’t want to miss Search Beyond Lies, Book One in the Search & Recovery International Series.
more
Bookmark Rate Book
Amazon Other stores

Similar books to 'Search Beyond Lies'

Buy 'Search Beyond Lies' from the following stores: