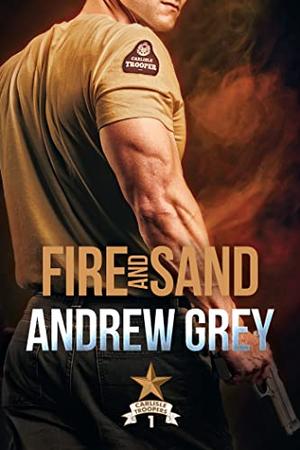 Can a single dad with a criminal past find love with the cop who pulled him over?

When single dad Quinton Jackson gets stopped for speeding, he thinks he’s lost both his freedom and his infant son, who’s in the car he’s been chasing down the highway. Amazingly, State Trooper Wyatt Nelson not only believes him, he radios for help and reunites Quinton with baby Callum.

Wyatt should ticket Quinton, but something makes him look past Quinton’s record. Watching him with his child proves he made the right decision. Quinton is a loving, devoted father—and he’s handsome. Wyatt can’t help but take a personal interest.

For Quinton, getting temporary custody is a dream come true… or it would be, if working full-time and caring for an infant left time to sleep. As if that weren’t enough, Callum’s mother will do anything to get him back, including ruining Quinton’s life. Fortunately, Quinton has Wyatt for help, support, and as much romance as a single parent can schedule.

But when Wyatt’s duties as a cop conflict with Quinton’s quest for permanent custody, their situation becomes precarious. Can they trust each other, and the courts, to deliver justice and a happy ever after?

Buy 'Fire and Sand (Carlisle Troopers)' from the following stores: