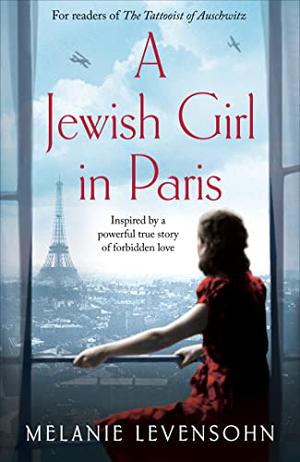 A Jewish Girl in Paris

Paris, 1940, a city under German occupation. A young Jewish girl, Judith, meets a young man, Christian. But he is the son of a wealthy banker and Nazi sympathizer – his family will never approve of the girl he has fallen in love with. As the Germans impose more and more restrictions on Jewish Parisians, the couple secretly plan to flee the country. But before they can make their escape, Judith disappears . . .

Montréal, 1982. Shortly before his death, Lica Grunberg confesses to his daughter, Jacobina, that she has an older half-sister, Judith. Lica escaped the Nazis but lost all contact with his first-born daughter. Jacobina promises her father to find the sister she never knew. The search languishes for years, until Jacobina is spurred on by her young friend Béatrice.

Soon the two women discover a dark family secret, stretching over two continents and six decades, that will change their lives for ever . . .

Inspired by true events and set against the backdrop of the Second World War, Melanie Levensohn’s A Jewish Girl in Paris is a powerful novel about forbidden love, adapted from a translation by Jamie Lee Searle.
more
Bookmark Rate Book
Amazon Other stores

Similar books to 'A Jewish Girl in Paris'

More books like 'A Jewish Girl in Paris'   ❯

Buy 'A Jewish Girl in Paris' from the following stores: