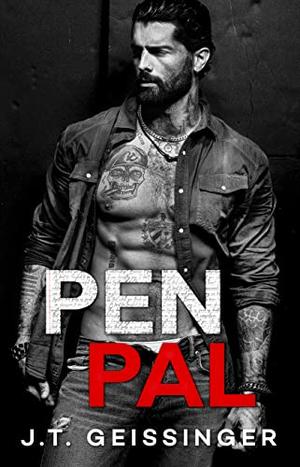 The first letter arrived the day my husband was buried. It was postmarked from the state penitentiary, and contained a single sentence:

I’ll wait forever if I have to.

It was signed by Dante, a man I didn’t know.

Out of simple curiosity, I wrote back to ask him what exactly he was waiting for. His reply?

I told the mystery man he had the wrong girl. He said he didn’t. I said we’d never met, but he said I was wrong.

We went back and forth, exchanging letters every week that grew increasingly more intimate. Then one day, the letters stopped. When I found out why, it was already too late.

Dante was at my doorstep.

And nothing on earth could have prepared me for what happened next.

This novel is a non-traditional romance with a non-traditional ending and contains content intended for a mature audience only. Due to explicit language, graphic sex, detailed depictions of death and grief, intense power play dynamics, and other possible triggers too numerous to list, it is not suitable for sensitive readers.
more
Bookmark Rate Book
Amazon Other stores