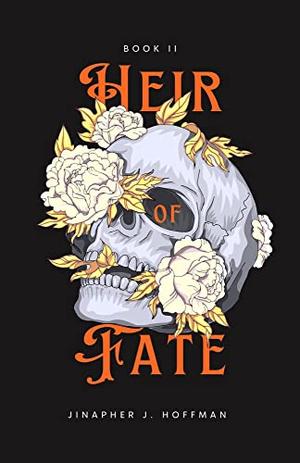 Win the hand of Fate. Fall into an endless spiral of betrayal.

Trapped in her brother's prison, Zora Vyner faces a challenge greater than the ruthless tournament she survived: heartbreak. Betrayed by Cristen and grieving the loss of her closest friend, she wonders if the price she paid for the truth was worth it.

At least, she got a crown from it.

The truth is finally revealed by her brother. The Vyners were once a rival to Estal Kingdom, ruling the Underground with an iron fist. But once Cristen's late father, the king, got wind of their growing strength, he had Zora's family hunted.

Now, she tries to relish the few consolations in her possession: the crown on her head, the empty palace waiting to be filled and the brother - perhaps more psychotic than she's ever been - finally returned to her side.

But her lust for Cristen Estal remains, no matter how many daggers she drills through hearts to eliminate it.

This sequel to Veil of Fate is a spicy, blood-lust driven dark fantasy romance that will have you SCREAMING at the page. No character can be trusted. Each carries a vengeance. It will be a feat for any to survive.
more
Bookmark Rate Book
Amazon Other stores

Similar books to 'Heir of Fate'

Buy 'Heir of Fate' from the following stores: