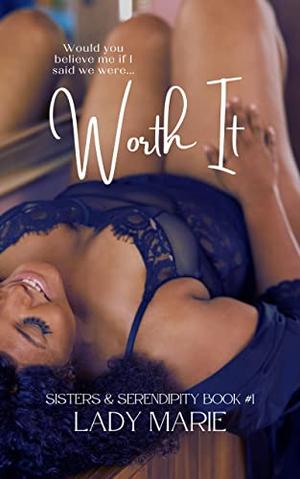 Worth It (Sisters & Serendipity #1)

The last thing that Makayla Michaels is looking for right now is love. She's too busy working to secure her promotion to editor-in-chief of Divine Mahogany Magazine. Unfortunately, she can't quite seem to make her family understand that. With her mother's wedding just around the corner, she's suddenly in need of the very thing she's been trying to avoid: a boyfriend.

Reggie's finally taking a break from traveling the world to plant roots in his hometown. When he agreed to go out with Makayla, he never thought it'd end with her asking him to be her fake boyfriend, especially when she played him to the left after their first date. Maybe desperate times really do call for desperate measures.

Reggie agrees to Makayla's plan, but he has one of his own. For every fake date they go on with her family, Makayla agrees to let him take her on a real one. It's just unconventional enough to work. Besides, what's the worst that can happen? It's not like she's in any danger of falling in love for real... right?
more
Bookmark Rate Book
Amazon Other stores

Similar books to 'Worth It'

Worth It
Worth It
(Sisters & Serendipity #1)

All books by Lady Marie  ❯

Buy 'Worth It' from the following stores: