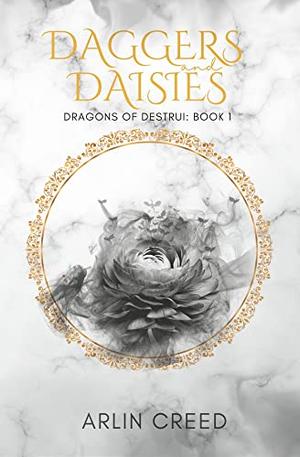 Destrui is dying, the world crumbling beneath their feet.

Scarlett has only ever wanted the commoners outside her court to be healthy and fed, but a group of females that have dubbed themselves The Daughters of the Queen have radical ideas for equality.

Females are meant to be bedded and bred, never seen or heard among the Dragon Clans of Destrui. That is until Scarlett’s ascension to the throne is announced. With gifts from the gods, she’s believed to be the savior of their world, at least according to The Master of Realms. Her family believes no female should ever lead and insists her fated mate should be crowned king in her stead, but Maxim stands behind his Queen, in awe of her power and desires.

Similar books to 'Daggers and Daisies: Dragons of Destrui: Book 1'

Buy 'Daggers and Daisies: Dragons of Destrui: Book 1' from the following stores: