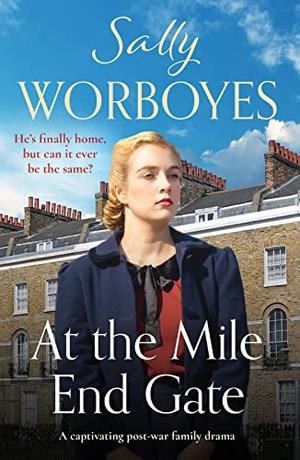 At the Mile End Gate (The East End Sagas #3)

Is their love strong enough to weather the storm?

It’s 1945, the war is over and the soldiers are coming back to the bomb-ravaged East End. Tom Smith is one of the thousands who are returning home. He can’t wait to see his wife, Jessie, their son, Billy, and the new baby daughter he hasn’t even laid eyes on.

But life back home wasn’t easy, especially once Jessie’s army pension was stopped after Tom deserted. So when she was told to put her infant daughter Emma-Rose into a home for her own good, she thought it was for the best. But how will Tom take the news? And how will he react when he learns that Jessie’s old boyfriend has been helping her during the war?

A compelling family drama set in London, perfect for fans of Katie Flynn and Mary Collins.

The 'The East End Sagas' series

Similar books to 'At the Mile End Gate'

More books like 'At the Mile End Gate'   ❯

All books by Sally Worboyes  ❯

Buy 'At the Mile End Gate' from the following stores: