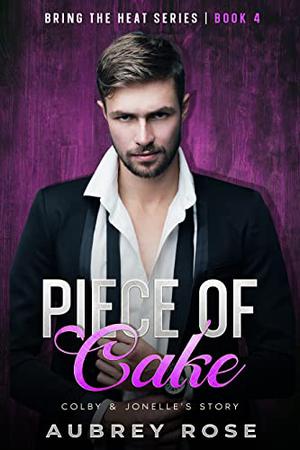 Colby's a gardener.
He works with his hands.
And never his heart.
No matter who the girl is...
But when some city-slicker, wedding planner shows up...
He can't help himself.

Jonelle is a failure... or so she thinks.
But she can't control everything or everyone.
No matter how hard she tries.
And when the event was had planned goes off the rails...
She struggles to remain composed.
And instead looks for something to occupy her time...
To get her thoughts out of her own head.

Can Jonelle let go enough for the both of them?
And what happens when reality eventually sets back in?
more
Bookmark Rate Book
Amazon Other stores

The 'Bring Up the Heat' series

Similar books to 'Piece of Cake'

All books by Aubrey Rose  ❯

Buy 'Piece of Cake' from the following stores: