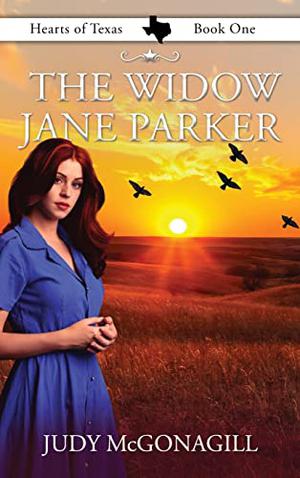 Twice widowed, Jane Parker faces her dream of independence while her heart longs for Major Seth Armstrong, a military man with his own plan.


Twice Widowed, Jane Parker finally has the opportunity to fulfill her dream of owning a business and building a future for her three children. Befriended by her grateful employer, Jim Armstrong, and his caring wife, Bea, the Armstrongs are moving from East to West Texas and helping Jane get established in a business all her own.


When two rogue outlaws seek to take advantage of Jane, she holds one at gunpoint while sending her ten-year-old son, Sam, to the Armstrongs for help. When help arrives, included is Armstrong's son, Seth, who recently returned from the army. Jane can't help to appreciate Seth's rugged masculine charm and twinkling brown eyes.


Seth Armstrong falls hard for the attractive woman in her early thirties with long, satiny, auburn hair and sparkling blue eyes. Willing to take on the responsibility of a ready-made family with two sweet-natured girls and one adventurous boy, his marriage proposal meets with fear and turmoil in Jane's eyes.


Torn between a life she loves and the hope of love for a lifetime with Seth Armstrong, Jane battles with fear, faith, and past losses. Now, she must risk everything she thought she wanted for everything she'd dare hope to have.


Publisher's Note: Readers who enjoy heartful tales of life, faith, and romance will not want to miss this endearing series set in West Texas, highlighting the struggles and delights of life in the early 1900s.

Buy 'The Widow Jane Parker' from the following stores: