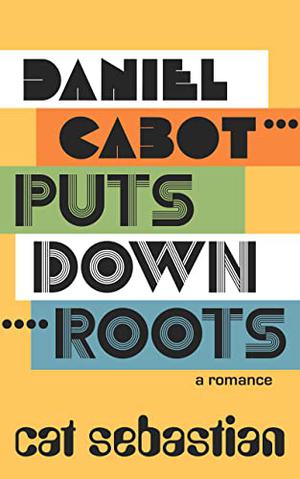 Daniel Cabot doesn’t really know what he’s doing with his life. He’s lost faith in himself, his future, and maybe the world. The only things he knows that he cares about are the garden in the empty lot next to his crumbling East Village apartment building and his best friend.

Alex Savchenko has always known that he’s…difficult. Prickly, maybe, if you’re feeling generous. But maybe that’s the kind of personality it takes to start a low-income pediatrics clinic in one of Manhattan’s most troubled neighborhoods. When Daniel stumbles into his life, Alex doesn’t expect him to stay—most people don’t. And when Alex develops useless, inconvenient feelings for his new friend, he does what he’s always done, and tells himself that he isn’t feeling anything at all.

Daniel, though, has always worn his heart on his sleeve, and he isn’t stopping now.

Sometimes when things seem to be falling apart, it means there’s room for something incredible to grow.
more
Bookmark Rate Book
Amazon Other stores

The 'The Cabots' series

All books by Cat Sebastian  ❯

Buy 'Daniel Cabot Puts Down Roots' from the following stores: