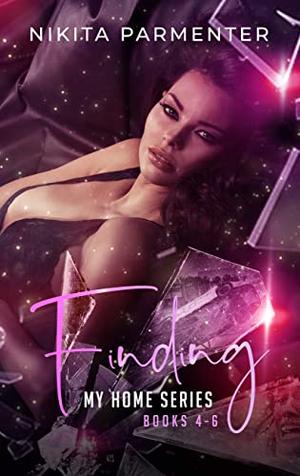 Ever, her men and a couple of extra friends are finally starting to unlock the truth of the missing students, but a new lead gives them some shocking news that none of them could’ve predicted and sends Ever into a tailspin.

Liam revealing one of Ever's biggest secrets should be the only big revelation of the week but now Ever and her men, along with Peter are in a race against time to get to Elena before a threat from her past can.

Ever’s been taken by Blake, the last thing she saw was two of her men covered in blood lying on the floor.

We’re finally going to know why Blake wants her so badly, will she survive? Will the guys get to her in time? Or will it all be over?

The 'Finding My Home' series

Similar books to 'Finding My Home'

All books by Nikita Parmenter  ❯

Buy 'Finding My Home' from the following stores: