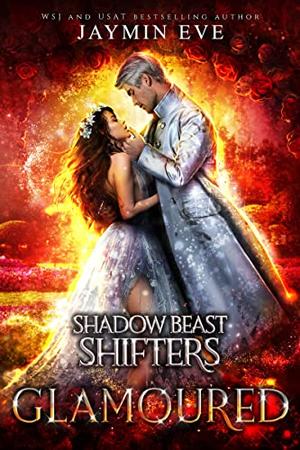 Samantha, of the Clarity shifters, has a secret. And it’s going to cost her everything.

To save the most important person in her life, Samantha promises to form a mate bond with her pack’s future leader. If she can produce one heir, she’ll finally have her freedom.

During the ceremony, the leader invokes the Shadow Beast’s name, calling the powerful and scary god right into their midst. A god with an even scarier mate. Mera, a shifter Samantha once counted as friend, never lets anything rest. She demands her secrets be revealed, and in doing so, uncovers a way to save them all from this fate.

And it turns out that the Clarity pack leader isn’t Samantha’s greatest challenge.

It’s one of Shadow's brothers: Len, prince of the Silver Lands. The fae with the knowledge to save the one she cherishes above all others, and now she must tie herself to him and Faerie.

If the prince doesn’t take them first.

* This is a standalone in the Shadow Beast world and does NOT end on a cliffhanger. It is full length at 110k words, and it is advised to read the first five in the Shadow Beast world first (Rejected, Reclaimed, Reborn, Deserted, Compelled) to get the most enjoyment from the story. Not required though. This is a forgotten-love story, with action, snark, anti-heroes, and steam. It is recommended for 18+ due to storyline and situations.
more
Bookmark Rate Book
Amazon Other stores

Buy 'Glamoured' from the following stores: