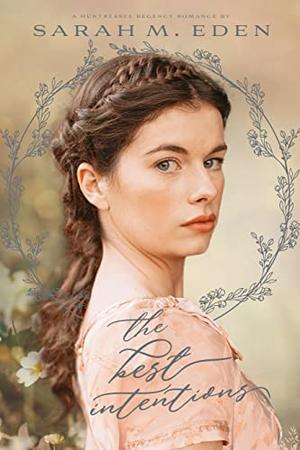 The Best Intentions (The Huntresses #1)

In the eyes of London Society, Gillian Phelps is suitable enough. Though the ton whispers about her change of residence, any speculation remains just that: ballroom gossip. No one—not even the other Huntresses, the group of ladies she calls her dearest friends—knows that she is harboring a devastating family secret. Gillian has become adept at hiding the reality of her circumstances, but the close quarters of a house party will test her ability to conceal the crushing truth. And with so many people to deceive, the late arrival of another guest is a most unwelcome surprise.

Despite his standing as a gentleman of the ton, in truth, Scott Sarvol possesses little more than two debt-riddled estates. When an opportunity arises to survey one of his properties, he travels north, only to find himself an unwitting guest at Artemis Jonquil’s house party. He is warmly welcomed by all—except the aloof Miss Gillian Phelps. But when Scott proves himself unexpectedly helpful in a crisis, his acquaintance with Gillian shifts from wariness to something warmer.

As both her charade and her feelings for Scott deepen, Gillian realizes that the truth could spell not only a devastating fall from Society but also a shattered heart.
more
Bookmark Rate Book
Amazon Other stores

The 'The Huntresses' series

Similar books to 'The Best Intentions'

Buy 'The Best Intentions' from the following stores: