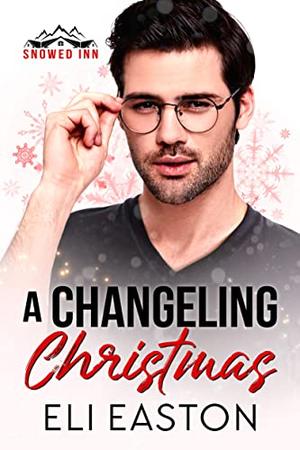 An avalanche, a quaint Christmas inn, and an assignment to sit on an international thief until the cops can arrive. What could go wrong?

Felix can’t believe his luck when a perfect stranger offers him the use of a pre-paid cabin at a mountain inn. He’d planned to ignore Christmas this year, working through the holidays in his job as a nurse in a Denver maternity ward. After all, Christmas won’t be the same without his beloved mother, who recently passed. But the inn, decked out like a Hallmark movie set, is the perfect place to soothe his heart, rekindle his Christmas cheer, and maybe even find romance? When a gorgeous ex-Marine befriends him and sticks by his side through a whole day of Christmas activities, Felix thinks he’s found true love.

Riggs’s plans for a ski vacation are buried when an avalanche blocks off the mountain inn where he’s staying from the rest of the world. A midnight phone call enlists Rigg’s help watching a guy on the FBI’s Most Wanted list who is supposed to be staying at the inn. The FBI and the police can’t get through until the avalanche is cleared. Riggs steps up to do his duty one more time. But the man who is supposed to be The Falcon, an international thief, has one hell of a Clark Kent type alter ego, because he seems like the sweetest man Riggs has ever met. The more time they spend together, the more attracted Riggs becomes to him, and the more determined he is to make The Falcon reveal his true colors.

Will love prevail? Or will the law?

A Changeling Christmas is a mistaken identity, snowed in together, rom-com romance with all the Christmas feels.
more
Bookmark Rate Book
Amazon Other stores

All books by Eli Easton  ❯

Buy 'A Changeling Christmas (Snowed Inn)' from the following stores: