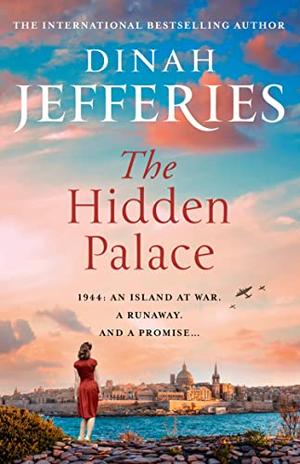 The Hidden Palace (Daughters of War #2)

The second book in the sweeping new historical series from the number one Sunday Times best-selling author.

An island of secrets. A runaway. And a promise....

A rebellious daughter
1923. Among the ancient honey-coloured walls of the tiny island of Malta, strangers slip into the shadows and anyone can buy a new name. Rosalie Delacroix flees Paris for a dancer’s job in the bohemian clubs deep in its winding streets.

A sister with a secret
1944. Running from the brutality of war in France, Florence Baudin faces a new life. But her estranged mother makes a desperate request: to find her vanished sister, who went missing years before.

A rift over generations
Betrayals and secrets, lies and silence hang between the sisters. A faded last letter from Rosalie is Florence’s only clue, the war an immovable barrier - and time is running out....
more
Bookmark Rate Book
Amazon Other stores

The 'Daughters of War' series

Similar books to 'The Hidden Palace'

Buy 'The Hidden Palace' from the following stores: