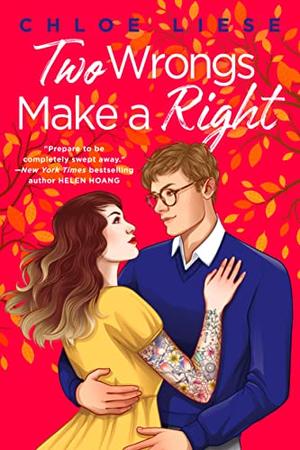 Opposites become allies to fool their matchmaking friends in this swoony reimagining of Shakespeare’s beloved comedy, Much Ado About Nothing.

Jamie Westenberg and Bea Wilmot have nothing in common except a meet-disaster and the mutual understanding that they couldn't be more wrong for each other. But when the people closest to them play Cupid and trick them into going on a date, Jamie and Bea realize they have something else in common after all—an undeniable need for revenge.

Soon their plan is in place: Fake date obnoxiously and convince the meddlers they’re madly in love. Then, break up spectacularly and dash their hopes, putting an end to the matchmaking madness once and for all.

To convince everyone that they’ve fallen for each other, Jamie and Bea will have to nail the performance of their lives. But as their final act nears and playing lovers becomes easier than not, they begin to wonder, what if Cupid’s arrow wasn’t so off the mark? And what if two wrongs do make a right?
more
Bookmark Rate Book
Amazon Other stores

All books by Chloe Liese  ❯

Buy 'Two Wrongs Make a Right' from the following stores: