The 21 most compelling Persephone and Hades romance book retellings

Be it in contemporary romance or a medieval fantasy setting, Hades and Persephone reimaginations are certainly having a moment right now. There are quite a few romance books out there featuring the trope, and we have compiled the best 'Lord of the Underworld kidnaps girl to bring into his world' stories out there for you.

On Every Street by Karina Halle Staying in Vegas by Sam Mariano Surrender My Love: Cole Braden by Melissa Foster Baggage Claimed by Alexandra Warren

Choose from over 100 tropes and themes

Romance book favorites. Choose from over 100 topics and categories   ❯ 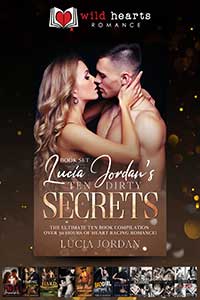