You Were Mine: A Rosemary Beach Novel by Abbi Glines 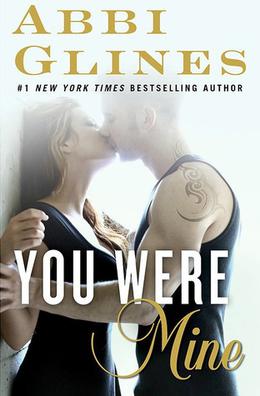 Abbi Glines’ You Were Mine (the latest installment in her successful Rosemary Beach series), relies on a fairly standard structure. A summer romance is abruptly ended by tragedy and circumstance; the lovers are later reunited, and must face the question of whether their youthful love can be rekindled, or is better left behind. The pairing in question here are Tripp and Bethy, two former high school sweethearts. The novel starts eight years after their fateful summer fling, and then skips back and forth in time, showing their original love story as we watch them try to move past the events that have separated them.

Sponsored links
While the storyline itself starts on reliable ground, Glines stumbles quickly. The plot is intriguing--I mostly kept reading for the “twist” that Glines spends half the novel hinting at—but the leads immediately fall flat, and the novel drags as a result.

Tripp is a brooding high school senior, defined by an acceptance to Yale, an oft-mentioned Harley, and a number of tattoos. He’s a “rebellious guy,” and Glines can’t seem to help but smack the reader over the head with the concept repeatedly, as if we’ll forget from page to page. Rather than make him sound like a “free spirit,” Tripp’s constant whining about having to go to college gives the impression of a petulant teenager who doesn’t want to have to actually do anything. (We understand, Tripp. Parents who pay for you to go to a prestigious college are the worst.) He’s constantly referencing his own tattoos, and he curses all the damn time. Now, I swear like a sailor: half of this review was originally four-letter words, so I hope you’re all proud of my self-restraint. That being said, Tripp’s potty mouth feels forced, making him sound less like a tough guy and more like a toddler who has just discovered that adults will giggle if you mispronounce “fork” a certain special way.

On the other end of the spectrum, watching naïve, retiring sixteen-year-old Bethy fall all over herself over Tripp is perfectly believable. He’s a hot, older, incredibly wealthy guy who rides a motorcycle and pursues her single-mindedly. Plus, you know, he makes her “tingle.” Who wouldn’t get caught up in that? Young Bethy is dishearteningly flat; she’s a shy, virginal teenaged girl from the proverbial wrong side of the tracks, the kind of heroine who is constantly being bowled over by the merest ghost of a compliment. Other than that, “young Bethy” is just a blank slate with great tits. (Tripp’s words. He mentions her “tits” constantly. It’s quite charming, really. Such devotion.)

Older Bethy has a little more depth and spunk, but that’s also an issue--I find it hard to believe that her older self, with a little more life under her belt, would be so crippled by Tripp’s attentions.

Which leads us to the biggest issue at play here. Glines doesn’t seem 100% clear on what’s acceptable from a moody, broody male protagonist, and what veers straight into “creepytown.” For starters, Tripp spends the entire first novel stalking Bethy. This is not hyperbole, by the way; he’s not leaving flowers on her doorstep or making a point of going to restaurants she likes. He is, quite literally, following her, all day, every day. He gets copies of her work schedule and follows her to work, from work, to her apartment, on all of her errands, and waits outside of her apartment for her to fall asleep at night. At one point he actually says:

“Bethy’s car turned into the service station just inside the town limits. She didn’t need to get gasoline. I knew that because I knew the days she needed to fill up. She’d done so two days ago.” [59]

Yup. He’s THAT thorough. Bethy actually resorts to sitting around in her apartment in the dark, because she’s hoping that turning her lights off will make him leave. It all continues in this vein for most of the novel. He intentionally creates situations that make her uncomfortable, and she states that she’s uncomfortable, and he persists. He’s possessive and controlling, and not even in a sexy way, which is honestly just unforgivable. If you’re going to be dominant, I expect whips and chains at a certain point! Look, I love a little kink, you feel me?

But kink requires context. In this book, where everything else is so vanilla, having a man--even a sexy, motorcycle-riding rich man--repeatedly asserting his ownership of a woman, and stalking her when she repeatedly asks him to back the hell off--that is NOT SEXY. You should not present this as a normal way that people act in relationships. It is not. Okay? Okay.

Glad we had this chat, dear. Now, back to the sexy bits.

The sexy bits! You were waiting for that, weren’t you? Well, so was I, because it feels like they take forever to show up. Once they arrive, though, the action isn’t too terrible. They do focus more heavily on Bethy than Tripp, which is nice. He tends to spend most of each scene talking dirty and playing with her happy button, so if that’s what puts jiggle in your jelly, you’ll have a pretty good time. Other than that, though--much like a real life high school boyfriend--the sex scenes finish up far too quickly, take way too long to come again, and generally leave you feeling vaguely dissatisfied.

The rest of the plot is predictable enough that it hardly needs description: we get several hundred pages of “I will! I won’t! I must! I can’t!” followed by an overly pat and rushed conclusion. The “twist” that so much of Bethy’s reticence is hinged upon is, ultimately, disappointing; all the more so because it involves the adults in charge of an underage girl failing to adequately discuss relevant medical information with her. Frankly, it was just one more cringe-worthy aspect of an already messy book.

In the end, You Were Mine misses the mark. When I picked this up, I was hoping for a story that would whisk me away to a poignant and sexy romance; instead, the romance fell flat, the male lead is largely impossible to like, and worst of all, it wasn’t even particularly good wank material. My jelly was left without any jiggle. In short; perhaps try one of Glines’ other novels, but give You Were Mine a miss.