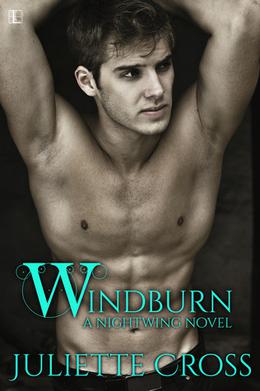 Reading 'Windburn' has left me both frustrated as well as curious for the next books by its author Juliette Cross. Let me explain why.

Sponsored links
'Windburn' is the follow up to 'Soulfire', the first book in the Nightwing series. I came across Soulfire a couple of month ago looking for more dragon shifter romances after having very much enjoyed Thea Harrison's Dragos centred novels and G.A. Aiken's early dragon shifter books. Shifter novels done well tend to play with the specific animal nature characteristics of their chosen counter-part animal, and I find that dragon myths and legends provide plenty of fodder for doing so… So I had high hopes when I started reading Soulfire. I should mention though that its protagonists are not so much shifters but rather dragon-human hybrids. A race which looks like extra strong, tall humans, but with dragon wings and supernatural abilities, as well as dragon instincts. Not exactly shifters then, but close enough.

In 'Souldfire', it was the world building that stuck out in a book that was otherwise unremarkable and badly in need of a competent editor. I liked the hybrid dragon-human idea, and the concept of two races living side by side but not together. Groundwork was laid to explore topics such as racism and prejudices, and how a once segregated society could move forward from that. Unfortunately, in 'Soulfire' the author never really started to explore these topics in any depths. Which is why I was curious to read 'Windburn', mostly in order to see whether the promising ideas and concepts of the series opener would get a better treatment the second time around.

And indeed, whilst there is still much room for improvement, it turned out much better than its predecessor… I really liked both the heroine and hero, as well as their relationship dynamic. In an interesting reversal of the usual romance book norm, it is the heroine who jumps out of the bed of another man (not the hero!) at the beginning of the book. For once, it is the lady who gets to screw around a bit and is plenty flirty and sexual assertive with the hero before they get to close the deal. The hero on the other hand, while still very alpha and domineering, also represents a nice change from the brooding leading man cliche. Lorian Nightwing has a lot of humour, clearly enjoys Sorcha's spirit and plays her games rather than getting all intense and upset about.

I especially enjoyed that Ms Cross also gave room to expand on the heroine's relationship with a secondary character, Willow. Always a fan of reading about female companionship, rather than women fighting for male attention, reading about the budding friendship was quite sweet. I am hoping to be able to read more about Willow in future books of the series.

While 'Windburn' starts out as a fun read with an interesting heroine and hero, it gets darker in the second part of the book when the plot turns to stalking, abduction and even features a very graphic and upsetting scene of attempted rape. If you are wary of such topics, stay clear of the book!

Overall the book starts out very strong but unfortunately, as the dramatic plot is moving forward, the development of the characters and relationships are left behind. The ending feels very rushed, with some hastily tied up plot points and a dramatic climax which feels just a liiiittle bit self serving in how it forces Sorcha to address her feelings and subsequently her relationship with Lorian.

Despite the negative aspects however, I am still thinking that the author and this series shows much promise and I am definitely going to check out the next book in the Nightwing series.

The book is avalable for pre-order now and will be released February, 3rd.