The Unleashing (Call of Crows #1) by Shelly Laurenston 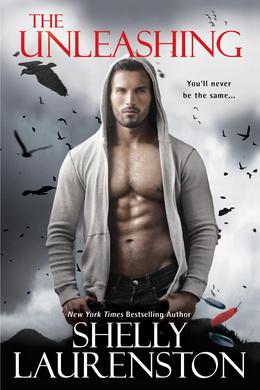 'The Unleashing' kicks off 'writer of spectacularly mad bitches' Shelly Laurenston's latest and brand-new series about a ragtag bunch of unhinged & chaotic women who are prone to violent outbursts and a whole lot of drama. 'The Crows' is what they call themselves; an all-women clean-up crew sworn to Norse deity Skuld is what they are. Side by side and also up against other deity-sponsored groups such as the Ravens, Valkyries, Maras and many more, their job is to preserve the balance of the universe.

Sponsored links
Confused? Then you will be able to sympathise with ex-marine Kera who is 'The Unleashing's leading lady. Pushed into this new world after getting fatally stabbed and immediately resurrected by Skuld, she spends the rest of the book trying to figure out her new situation and what she wants to do with her new chance at life. Initially, she is not really impressed with her newly acquired fellow warrior mates to say the least, but there are three things that keep her going: 1) her rescue dog turned battle beast Brodie Hawaii 2) warrior viking Vig who belongs to the Ravens (sworn to Odin) and 3) the prospect of bringing some order and marine style discipline into her new group. Regarding the latter, Kera is bound to fail of course. And then there is the dawning realisation that Odin might just be a liiiitle bit racist…

Those familiar with Shelly Laurenston - she also writes under the pen name GA Aiken - know that her books are as much about the bonds of female friendship as about romantic love. With Annwyl, Talwyn & Morfyd from her dragon novels and Sara, Angelina & Miki courtesy of her shifter books she created two of my all-time favourite groups of BFFs. What makes them so special is a rather unique premise for romance books: the understanding that it might be lovely to find a mate to fall in love with but that adventures are still best be undertaken with your friends.
So it is not surprising that 'The Unleashing' concentrates a lot on Kera finding her place among the other women. But before that is achieved, mysterious jewellery must get obtained, enemies vanquished, epic battles fought and a dog recovered…

Even though Ms Laurenston's heroes are usually tall and strong and all that, they are not necessarily your typical dark and brooding alpha males. Equipped with lots of humour and playfulness and not above being downright silly at times, in her books the heroes are usually the foil to the heroine's bad-assery. Kera and Vig make for an interesting couple, so I was disappointed that the story was overall really light on the romance. We neither get to witness the first meeting, nor watch them falling in love which each other. They just declare their interest early on and that's that. For a romance novel I would have wished for a little more feeling… especially since I really liked Vig the Viking.

There are some similarities between Kresley Cole's 'Immortals After Dark' series and the world that is presented in 'The Unleashing'. But I'd like to focus on one particular thing as it is a bit of a pet peeve of mine. Both the 'Crows' in Ms Laurenston's book as well as the valkyrie in the Immortals are special in the sense that they are all of unique origin, no two of them are the same. That is juxtaposed in particular with the baddies, who just appear as a mass of interchangeable creatures, both in looks as in behaviour and motivation (JR Ward, too, is quite guilty of that). Only the leader is usually allowed to stand out, but only in so far that their evil is particularly noted. Considering that emphasising individuality among one's own versus a perceived exchangeability when it comes to the enemy, is a prevalent and unfortunately successful tactic to dehumanise opponents, I am wary of this trope. To be fair, Ms Laurenston is one of the few writers whose main characters are consistently non-consistent in terms of their skin colour, she frequently addresses racism and bigotry in her books. In 'The Unleashing', it is The Crows' varied origin which makes them outsiders in the eyes of the more homogeneously formed other groups as well as their gods. It is because of her awareness regarding 'othering' people that I was disappointed with how the enemies are introduced and contrasted with the Crows. And I am hoping that in future instalments of this series her baddies are afforded a better treatment.

The book is full of action, battles, enemies and features a plot that is swiftly moving forward albeit being a tad complicated. The story has left me entertained, but not fully engrossed. However, setting up a whole new world shock full of characters and complicated lore... is certainly no easy feat. Overall I have certainly enjoyed reading 'The Unleashing', however in my opinion it does not come close to the greatness of other books by Shelly Laurenston.